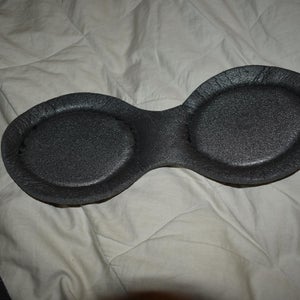 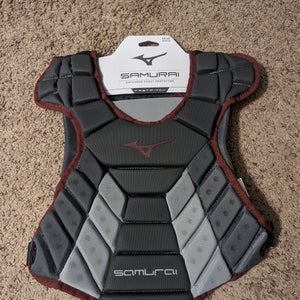 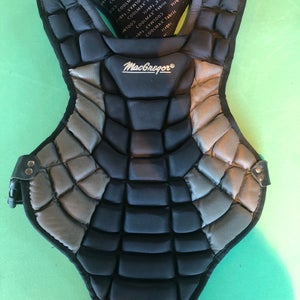 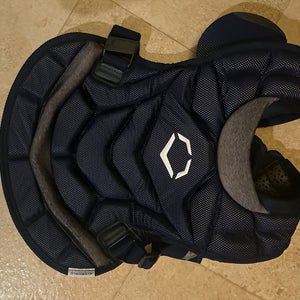 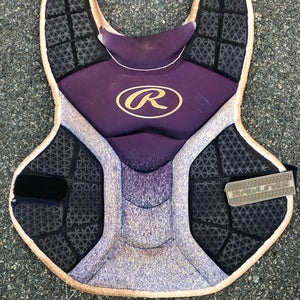 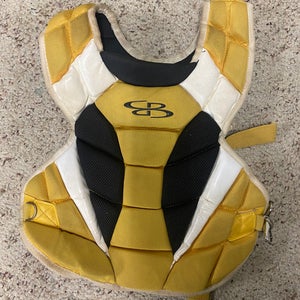 Check out the top selling catcher's chest protection curated by our team of experts and informed by actual sales data. You can learn more about our product rankings here.

For softball catchers, chest protectors are a necessary piece of equipment that protect the shoulders, collarbone, sternum, ribs and everything in between.

When it comes to measuring softball chest protectors you want to measure from the base of your neck to your waist and size in accordance with a manufacturer's sizing dimensions.

Softball chest protectors are made of a durable foam-like material that contours to the player’s body for maximum protection. They are designed to keep players cool during games by having a mesh-like substance on the inside of the armor. Like other equipment, more expensive chest protectors are typically made from higher quality materials such as softer, lighter, more breathable foam allowing for easier mobility and movement.

Yes, softball chest protectors help to reduce the risk of traumatic structural injuries to the chest, like rib fractures.

To find the right size chest protector, measure from the base of your neck to the top of your waist in inches. The length you choose will correspond with an online or store tag size. For example, if you measure 15 inches, then a size 15 protector is appropriate for you.

While much of the equipment for baseball and softball is similar, chest protectors for female softball players typically fit differently than those constructed for male baseball players.

The padding in chest protectors is easily machine washable as long as you use a mild detergent on a delicate cycle. You can also soak your pads in a sink or bathtub. If you machine wash however, make sure to let it air dry as a dryer could damage the padding.

Roger Bresnahan, a former player for the New York Giants (who today we know as the San Francisco Giants), was one of the first MLB catchers to wear full protective gear. He was met with much ridicule from the crowd, but other catchers quickly caught on to the benefits of being fully protected behind the plate. Catchers masks were introduced in the late 1800s, and after a nearly deadly accident in 1976 involving former Dodgers catcher Steve Yeager, throat protectors became a new addition to every standard catcher’s setup. Today, it’s mandatory for catchers at all levels of the game to wear proper protective gear -- and this goes for softball catchers as well.

Catchers mask sizing is easy, as most catchers’ helmets and masks are sold in two sizes: youth or adult. Masks come with adjustable straps, so you can always adjust yours accordingly. Leg guards are sized based on the measurement from your ankle to the middle of your knee. Once you determine this measurement, reference a sizing chart from the manufacturer of the leg guards you want to buy. Similarly, chest protectors are sized based on the measurement from your waist to the base of your neck. The same rules apply here: once you’ve determined this measurement, find the corresponding size on a reference chart for the brand of chest protector you’re interested in.

To make things easy, it’s a good idea to buy a complete set of catcher's gear. It’s a one-stop-shopping solution for you to get each piece of protective gear that you need. For advanced players, we recommend checking out complete sets from All-Star Vela. The Easton Prowess complete set is perfect for younger or teen players who are still growing. Under Armour carefully researched catchers’ movements to create a sport-specific line of catcher’s gear, the Under Armour Victory set. We also recommend the Mizuno Samurai's G4 fastpitch series, a line of protective gear that is specifically shaped for female athletes.