Hockey helmets, despite their universality in the game today, weren’t always a central component of the game. They didn’t necessarily become a routine part of professional players’ setups until around thirty or so years ago. In the early days, the best way to protect your head was to grow out the flow for some cushioning or to punch your opponents harder than they punched you. So how have helmets transformed from a meager slab of leather to a $300 piece of gear today?

The earliest signs of players sporting helmets on the ice dates back to the 1928-1929 season, when George Owen, a defenseman for the Boston Bruins, braved the ice donning a leather cap. He likely got chirped nonstop for the next 60 minutes. Few players, be it out of pride or personal preference, chose to follow the advent of the leather helmet in the years that followed.

The first sign of plastic colored helmets on the ice emerged in the late ‘60s and early ‘70s. They were thin, dinky Cooper Helmets, used by early legends like Red Kelly and Ron Ellis. Designed to allow players’ heads to “breathe,” the protection on these models was minimal.

It wasn’t until the late 1970s, following a series of tragic, head related injuries at the professional level, that the NHL began to pay greater attention to the importance of protecting players’ heads. As a result, all incoming players were required to wear helmets.

The Jofa 235, fondly known as “The Skid Lid,” was the first helmet to burst onto the scene in the years following the helmet mandate of 1979. 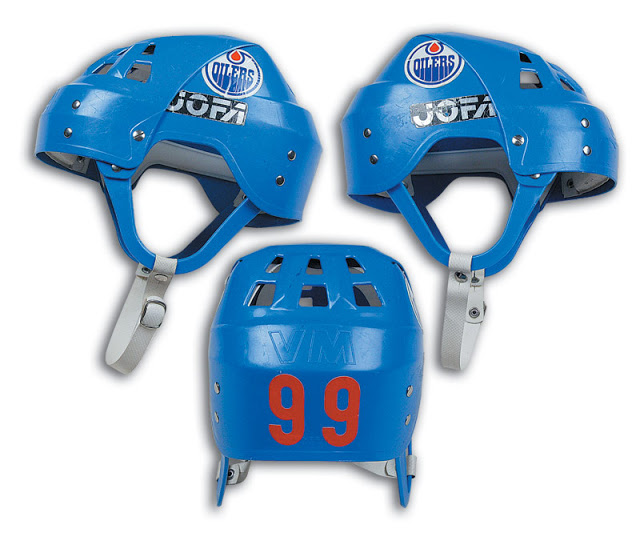 Sported by guys like Wayne Gretzky, it was every bit as basic and un-protective as you’d imagine. Other variations, like the CCM HT2, also gained popularity by the turn of the twentieth century.

Today, the increase in game speed at all levels, combined with players’ increased awareness of how important it is to protect your brain, has led to a widespread use of top-of-the-line helmets.

What Are Hockey Helmets Made Of?