Bauer has been a household name for decades when it comes to hockey and their hockey sticks are no exception. The company has become synonymous with performance and durability when it comes to sticks and players from high school and college right up to the NHL Stanley Cup Playoffs have used Bauer's trustworthy twigs. With that said, here is a list of the 5 Best Bauer Hockey Sticks for 2023.

Coming in at number 5 we've got the Bauer Vapor APX2. 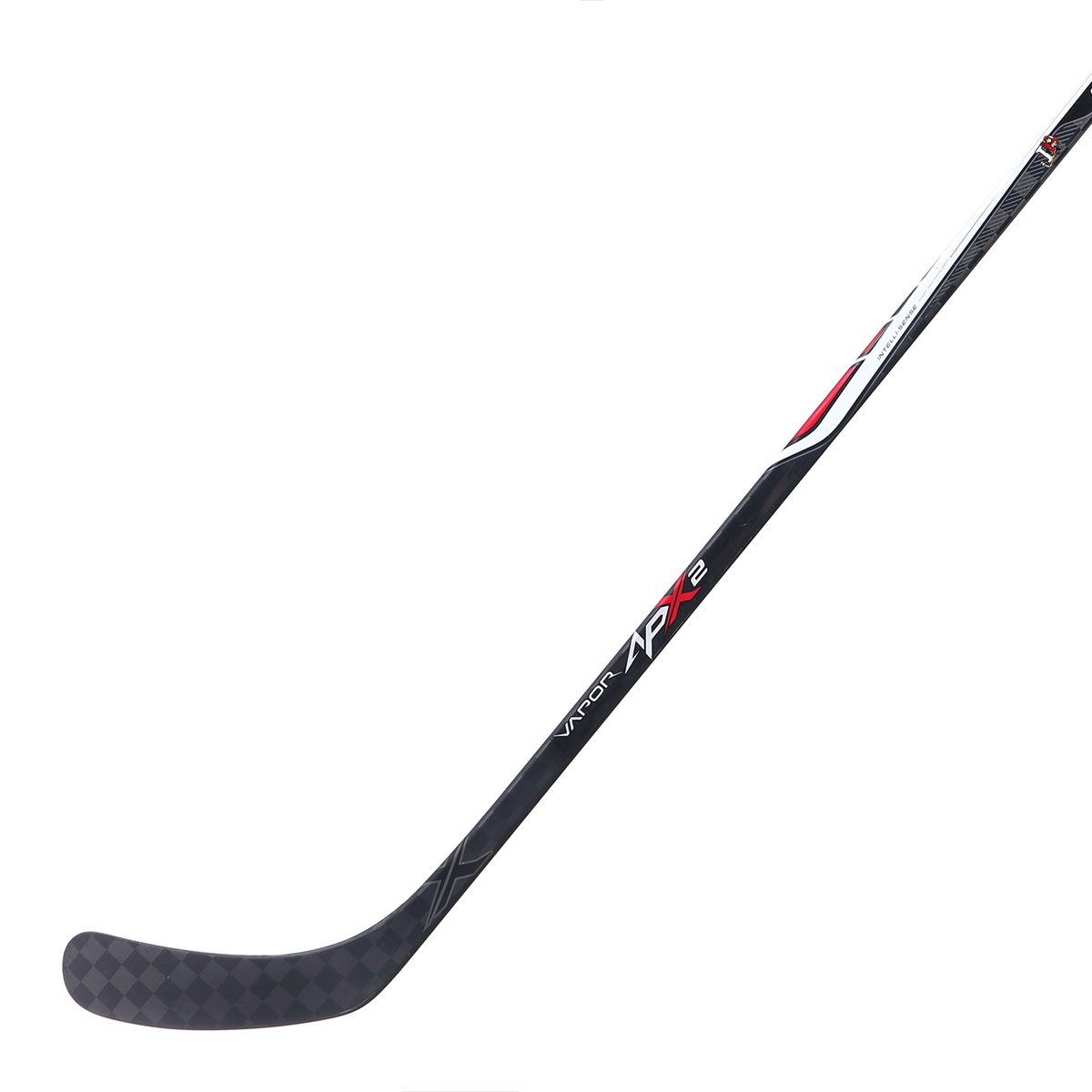 A slightly older classic, the Bauer Vapor APX2 is engineered to provide hockey players the best of both worlds when it comes to shooting accuracy and quick release. The proven one-piece TeXtreme carbon fiber construction provides superior durability, while the lightweight carbon fiber shaft pushes power transfer into the hands of a shooter.

The Bauer Supreme 3S Pro is a stick that guarantees maximum power and energy transfer.

Next in our countdown is the Bauer Nexus 3N: a stick carefully engineered for players in search of easy loading and high accuracy.

Every detail has been painstakingly crafted to create the Bauer Nexus 3N: a stick-built for versatility. Featuring TeXtreme carbon fiber construction for lightweight durability, and a high-performance HP molded shaft, this one-piece stick is built to provide professional performance at any level and a high level of versatility players have come to know with Bauer’s Nexus line.

The Bauer Nexus Geo is a stick that ensures versatility, control, and accuracy. 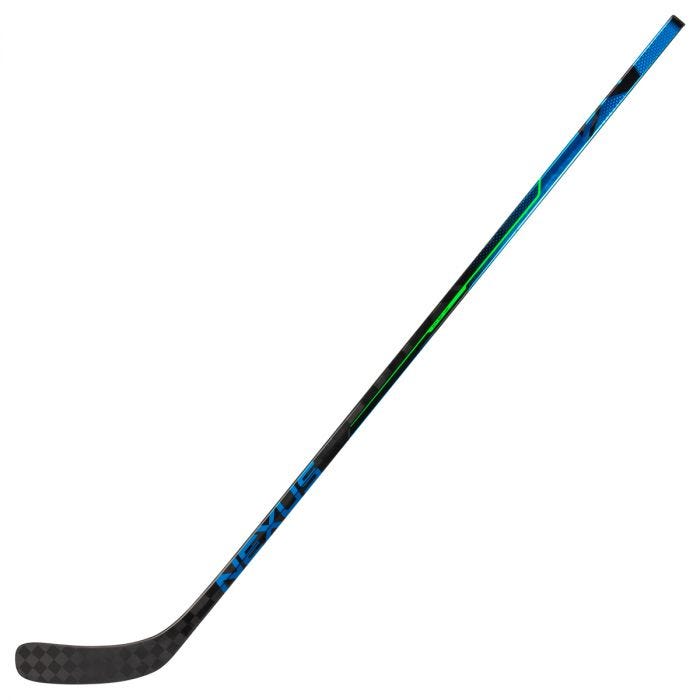 A game-changing stick, the Bauer Nexus Geo features Monocomp technology for improved energy loading and a mid kick point for unparalleled accuracy. Bauer's engineers partnered with glass fiber specialists at TeXtreme to create a new high-technology graphite molding process that allows them to deliver the highest levels of performance and quality possible.

Finally, rounding out our list is the Bauer Supreme UltraSonic: a stick precisely made for players seeking maximum power, energy transfer, and accuracy. 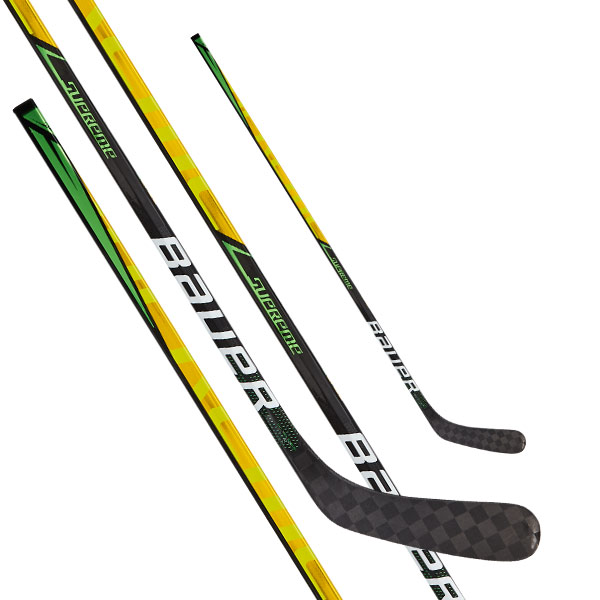 With asymmetrical TeXtreme technology in the shaft for quicker passes & shots, combined with a lightweight carbon fiber construction in the blade for explosive shots and added durability, this stick has become one of the most popular sticks on the market.

As a little bonus for our Bauer lovers, we've got the new (and much talked about) Bauer Vapor HyperLite. 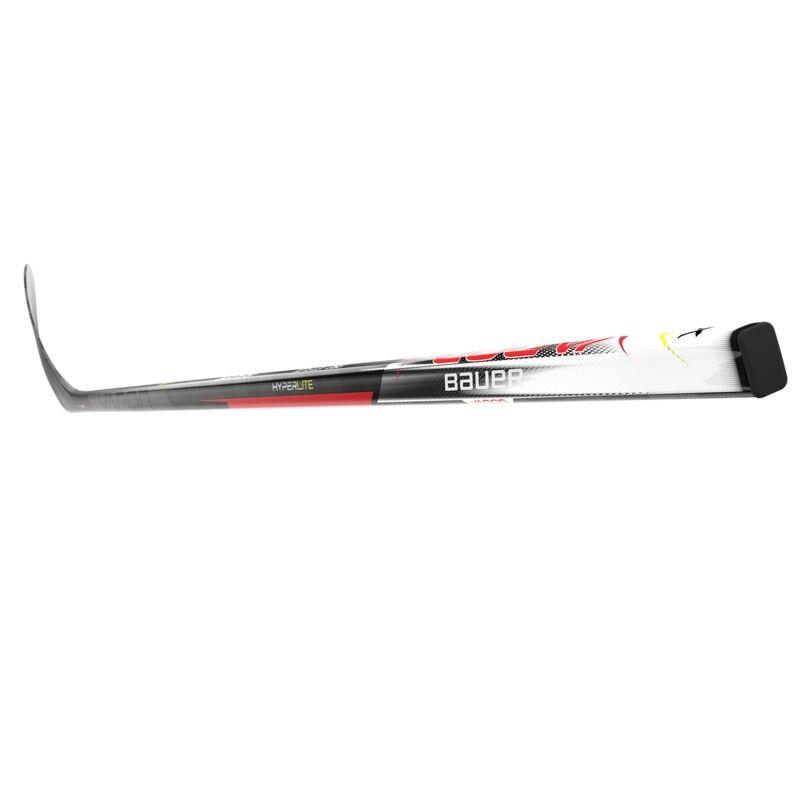 Built for quick release and lightning-quick handling, the Bauer Vapor HyperLite is the lightest stick in the game. As light as it is, it's just as strong with a carbon-reinforced micro-weave blade and composite connection piece to ensure rugged durability. Utilized by many players throuhout the 2021 Stanley Cup Finals such as Cole Caufield, the HyperLite hit retail stores throughout the latter half of July and, while it's still a relatively new stick, has been well received by players.

Despite the HyperLite's rather steep price, it's noticably lighter than the already lightweight Bauer Supreme UltraSonic and handles quite similarly on release (although the UltraSonic is still, in our opinion, the go-to stick for those high-power slap and wrist shots).

Which Bauer Hockey Stick Will You Choose?

So, which Bauer hockey stick will you choose for the next hockey season? Whether you’re a fast forward or blueline beauty, we hope this list helped to narrow down your search to find a new Bauer twig that'll help power you and your team to victory this season.

Looking for something a little different? Not a problem, we've got you covered. In addition to the Bauer sticks we've featured here, SidelineSwap has a massive seleciton of all sorts of unique twigs spanning from new releases to timeless classics. Be sure to check out all our one-piece hockey sticks here!