Compared to other sports that you could pick up, snowboarding is arguably one of the most exciting. For one thing, it hasn’t been around for nearly as long as other snow sports, namely skiing. Snowboarding continues to evolve as a competitive sport and to grow in popularity in general. The growth of the sport has led to a greater demand for innovative technology and new board designs that can accommodate the speeds, tricks, and terrain the today’s top riders are tackling.

Don’t be intimidated by the vast selection of gear out there -- there’s never been a better time to take up snowboarding! If you’re a beginner, read on for our tips on how to choose a snowboard based on length, width, shape and what type of terrain you plan to ride.

What Size Snowboard Do I Need?


The first snowboard was technically invented in 1965, when Sherman Poppen created the first “snurfer” -- a hybrid toy whose name was a mix of the words snow, and surf. Poppen created the toy as a way to get his kids out of the house. Little did he know at the time that he’d set in motion an entire movement. Snowboarding as a serious sport grew rapidly throughout the late ‘70s. Today, snowboarders -- once banned from all major ski resorts -- now comprise at least fifty percent of annual visitors to most major mountains. Now that we’re all caught up on our history, let’s get you fitted for a board. In the early days, all you needed to check was whether a board reached the height of your chin, and you were good to go. These days, snowboards come in a variety of lengths. The best length for you is determined by your height and weight, as well as your skill level and what type of snowboarding you plan on doing. It's a good idea to use your height and weight as a starting point though. 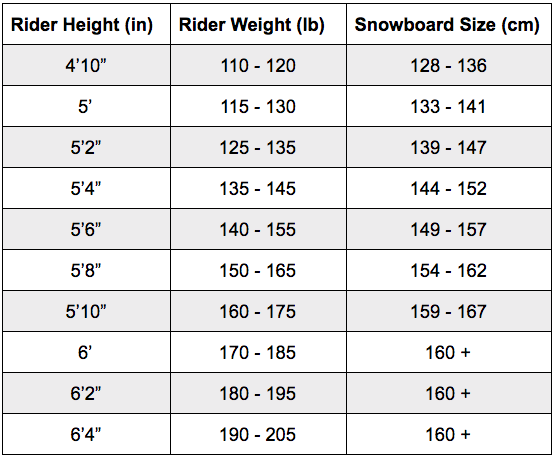 
Waist width is the next measurement to take into consideration. Your boot size will help determine how wide your board should be. When properly sized, your boots should hang just over the edge of your board ever so slightly. If you find that your boots are so far over your edge that they make contact with the snow during a hard turn, your board is too narrow. Here is a rough estimate of how wide your snowboard should be based on your boot size.

What size snowboard boots do I need? 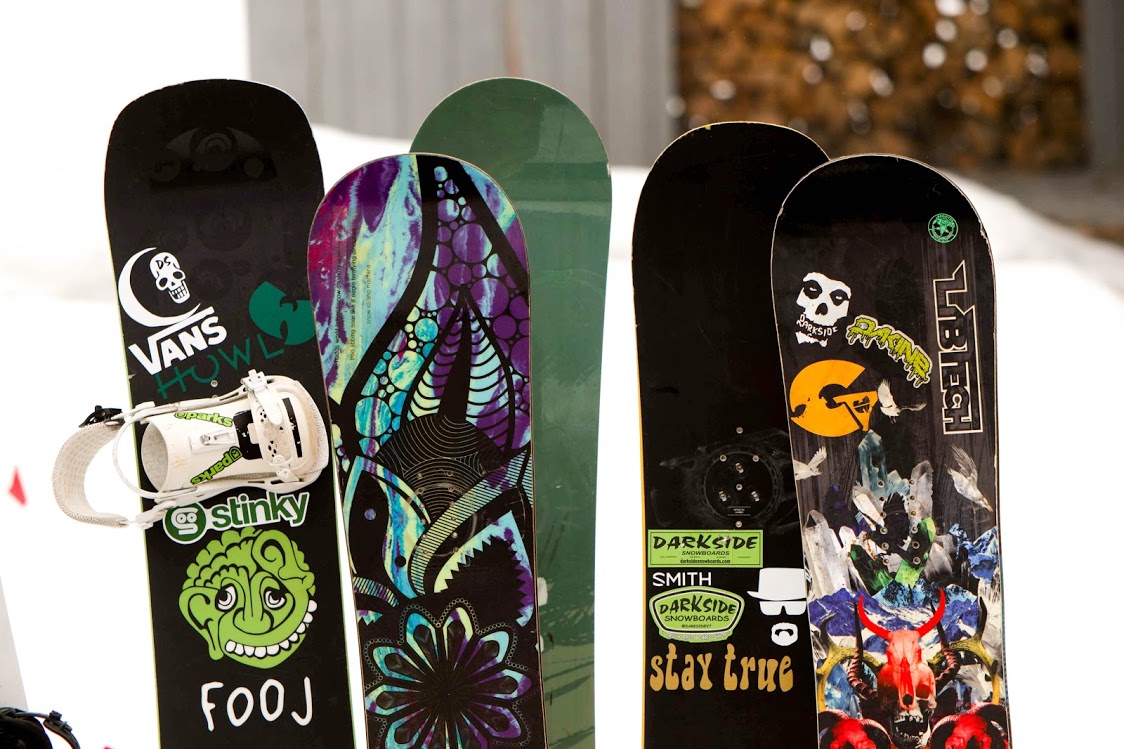 Once you’ve figured out your board's length and width, the next question you need to ask yourself is: what type of terrain do I want to ride? Most boards will work on any type of terrain you face. That said, certain types of snowboards are designed specifically to perform best in certain conditions.

All-mountain snowboards
As their name suggests, all-mountain boards are designed to be able to handle all types of terrain. That includes everything from the backcountry, to powder days, to groomers. For beginners and those new to the sport, an all-mountain board is a safe option.

Freestyle
Freestyle snowboards are light, short and flexible with twin tips. They are good for riders who want a lively ride anywhere on the mountain, or those who like to push their limits in terrain parks. Less stable than all-mountain boards, freestyle boards are not as great for riding on fast, hard snow.

Powder
Best for deep powder snow. Everything about a powder snowboard is designed with deep snow in mind, from the shape of the nose and tail to the flex of the board and the location of the binding inserts. Many powder boards feature rocker for better flotation.

Splitboards
Best for climbing in the backcountry. These boards split in half -- hence the name -- to create two skis, and to allow you to climb untracked backcountry territory.


Snowboard flex refers to how easy it is to bend or “flex” a board -- pretty straightforward. A stiffer flex vs. a softer flex will offer you certain advantages, and vice versa.

Softer Flex
Usually, boards with a softer flex tend to be freestyle boards. Some all-mountain boards will have a softer flex as well. These boards will be easier to turn, and are in general more forgiving. Softer flex is best suited for park riders, beginners or riders with lower bodyweights.

Stiffer Flex
Freeride boards will typically have stiffer flexes. If you’re interested in riding in the backcountry, then a stiffer board is a good option for you. Stiffer flex will provide heightened stability at higher speeds, as well as better edge hold in general.


Last but not least: binding selection. Just like snowboards, there are different types of bindings that are best suited for certain riding styles. And just like boots, bindings also have a flex rating. It’s important to match your binding flex to your boot flex. For example, if you’re riding on stiffer boots, you’ll want to pair that with a stiffer binding so that you get the best performance out of your setup.

All-Mountain
These are your all-purpose bindings that are designed to tackle whatever terrain or conditions you want to ride in. That includes, powder, groomers, park laps -- you name it. All-mountain bindings typically have a medium flex.

Freestyle (Park)
Park riders require bindings that have a softer flex. These more forgiving bindings won’t be as harsh if you make an error in the park, and will help you land more easily no matter what trick you’re rounding out.