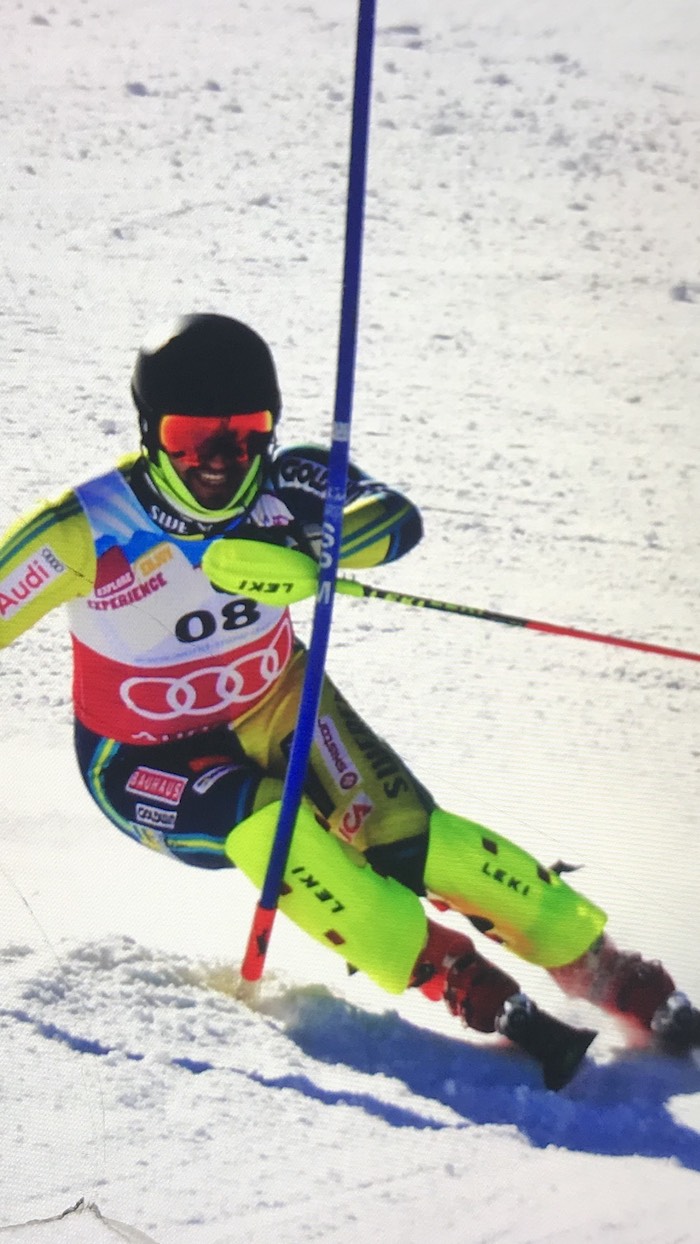 If you're someone who stays up-to-date on skiing headlines, maybe you've already heard of Besnik Sokoli. He's been featured by NBC, The Wall Street Journal, Yahoo! Sports, and other news outlets. His story is unique; and we were thrilled to learn that he's one of our very own SidelineSwap community members.

Besnik is from Kosovo, where he grew up learning to ski race. In June of 1999, Kosovo was in the midst of a war, which forced Besnik and his family to leave in order to seek refuge in the United States. Besnik's skiing career was ended abruptly; he was only 15-years-old.

Flash forward to present day. Besnik now lives with his wife and their three children in Brooklyn. He's a superintendent of five buildings in the borough. But he moonlights as a ski racer.

In 2017, just a year before the Winter Olympic Games in Pyeongchang, Besnik decided to pick up skiing again as a hobby. Just for fun, he signed up for an amateur race in upstate New York. At the event, he caught the eye of some coaches. One local coach made a wry suggestion that Besnik should reach out to Kosovo's Olympic Committee to see what it would take to qualify for the team. The seed was planted, and the dream was born: Besnik would train for the 2018 Games, with the goal of representing Kosovo in men's ski racing.

Sadly, Besnik didn't make the team. But Kosovo did invite him to be the ski racing alternate, giving Besnik the chance of a lifetime to go to Pyeongchang as a guest of his home country.

You may be wondering how a guy who is a full-time building manager, father of three, living in Brooklyn (which, for those of you who are not geographically savvy, has no mountains in sight), has the time and energy to train as a ski racer.

So how does he do it?

"I go to the gym by 6 am where I bike, sometimes box, and use my Skier's Edge machine," Besnik told us. "At night, I go for a second time, and I lift and do yoga." 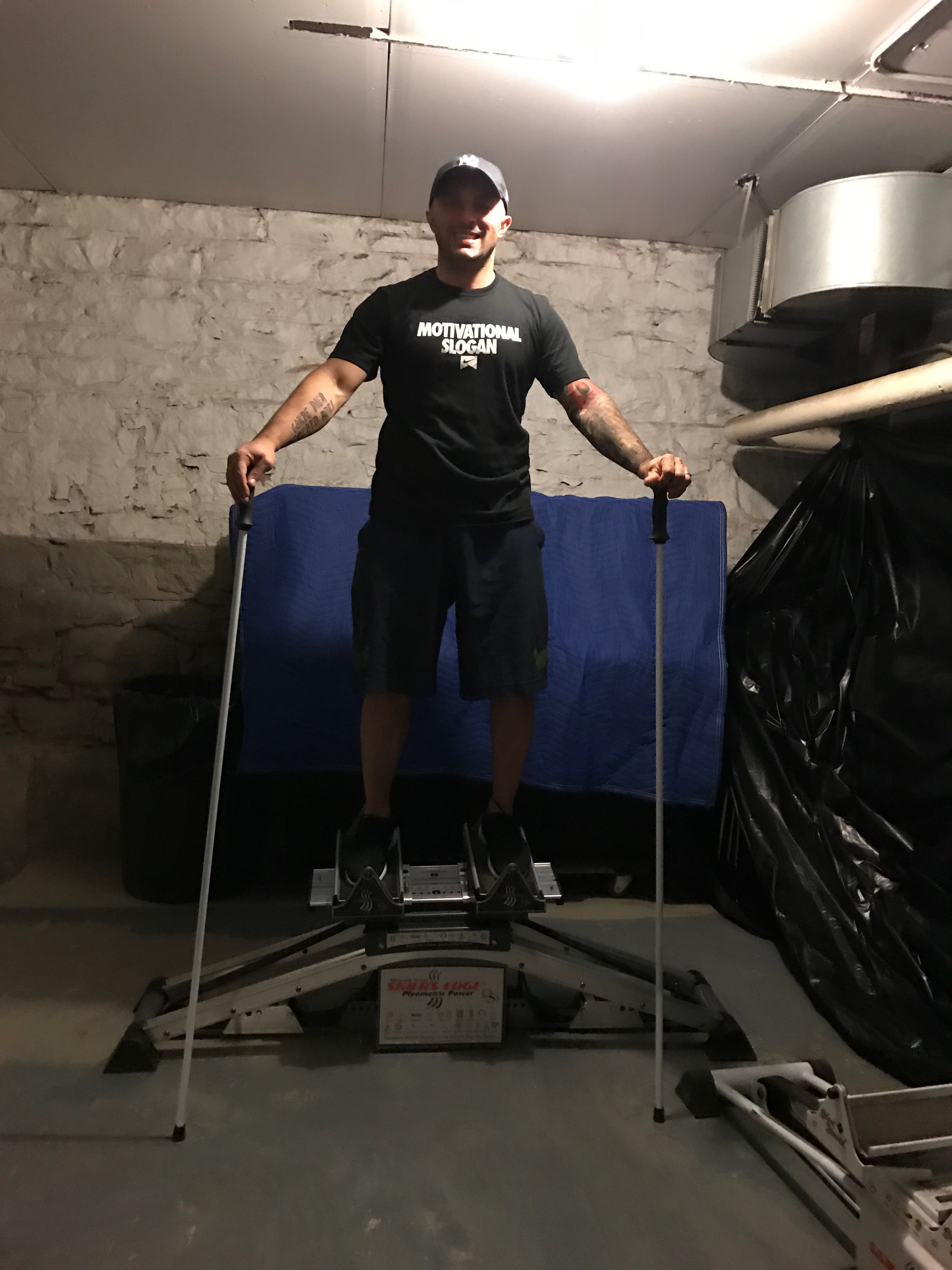 He has his home gym set up in the boiler room of his building. It's the only space he has to work out in. Any athlete can appreciate this; when you really want something, you'll do whatever it takes.

And it's not just an individual effort. Besnik's wife and kids are all supportive of his skiing dream, and he's teaching all three of his children to race as well. He knows that his kids see his determination to succeed in his sport, and he takes pride in the fact that they are learning quality life lessons from his example. 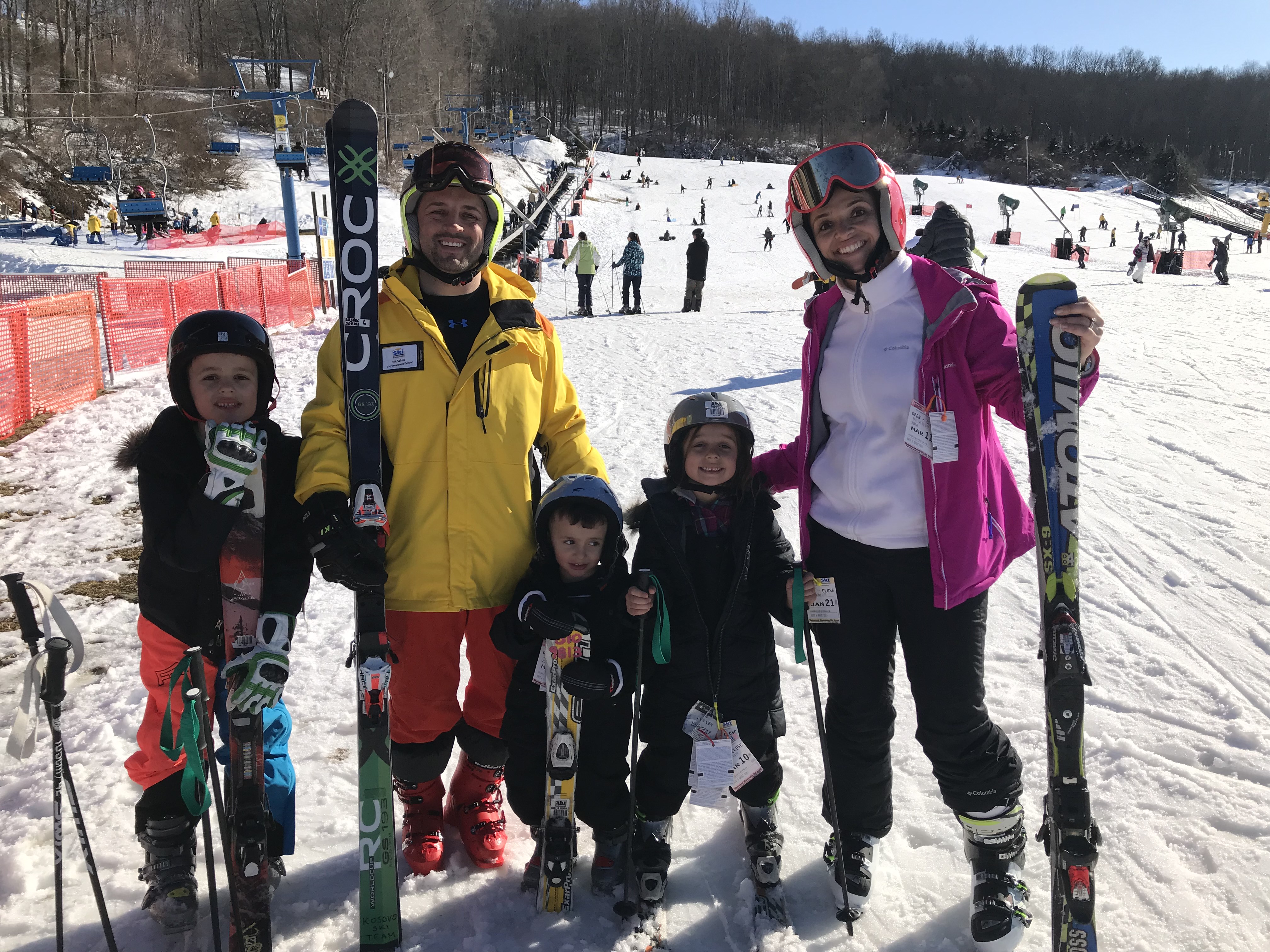 He's happy that his passion for skiing has extended to his kids, and that he's made friends who share his love for the sport as well. Through his ski friends -- and from seeing posts on social media -- Besnik heard about SidelineSwap and its growing reputation as a destination for affordable ski equipment and apparel. Besnik said his favorite part about SidelineSwap is finding cool pieces of equipment that he actually is in need of -- all at a fraction of its original price.

"My experience with SidelineSwap has been very good, easy, smooth and rewarding to sell and buy (gear)," he told us.

We're honored to have Besnik as a member of our community. Keep your eyes out in 2022 -- you may just see a familiar face on Team Kosovo.