In hockey, your skates are what get you from point A to B on the ice. Skates are one of the most important items in a hockey player's gear bag. While we know it's tempting to buy brand new, top-of-the-line skates every season, we also know that this isn't feasible for every player and family. New skates are sometimes not in the budget, and that's when buying used skates is a great option.

If you're hesitant about buying used skates, we're here to help! Skates are designed to last multiple seasons. Below, we've got some tips for how you can best evaluate a pair of used skates before making a purchase. Shout out to our in-house expert, Joe, for his advice.

Be sure to pay close attention to the condition of the blades. As a general rule of thumb, you should get your skates resharpened after every 15-20 hours of ice time. It may be a good idea to ask the previous owner of the skates how many times the skates have been sharpened in the past. In addition, it's good to know how recently the skates were last sharpened.

Joe says: "If you notice that the steel on a pair of used skates looks exceptionally short, that could indicate the skates have been sharpened too many times. In this case, you will need to replace the blades." 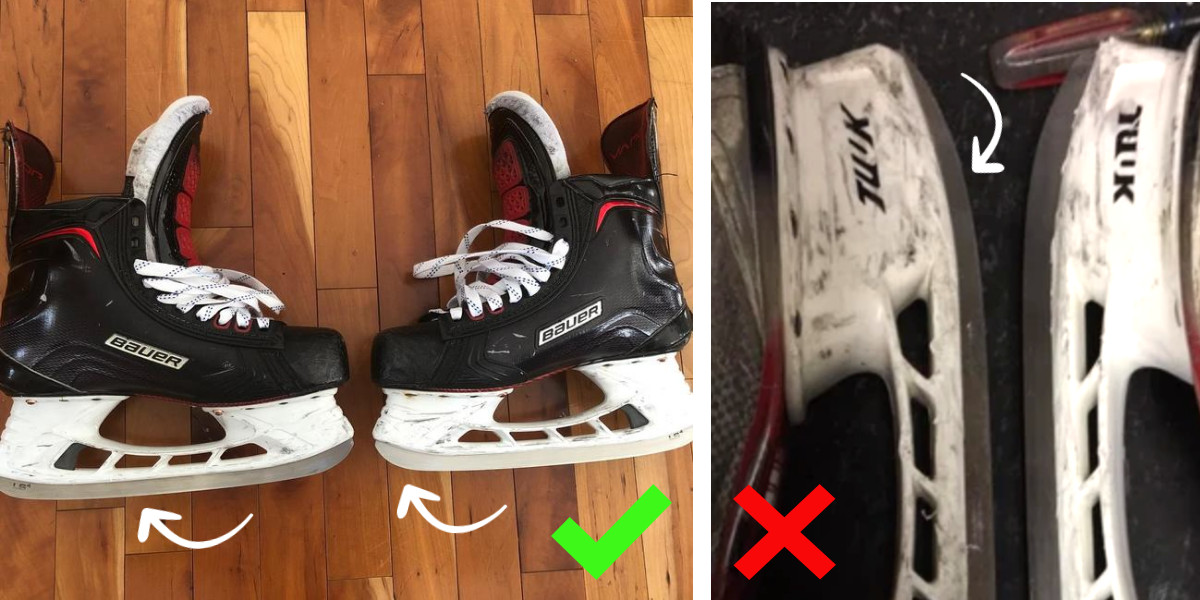 It should be fairly easy to see from photos whether or not a skate's boot is still in tact. Things to look out for would be any noticeable rips, large dents, or major folds in the boot's exterior. Another key factor of a usable boot is it's rigidity. A rigid skate will keep your foot locked in place, and ensure stability during play. We'd suggest asking the previous owner if the boot has become exceptionally more flexible and less rigid over time.

Joe says: "Hockey skates typically last 3-5 seasons for the average player; but if you're buying skates from a more senior player who spends a ton of time on the ice, their skates may have a shorter shelf life."

Other things to look out for

There are several other aspects of used hockey skates that you will want to keep an eye out for in photos. The main things to take note of are: any aggressive rust on the skate's rivets, any eyelets that are missing or have been ripped out, and any cracks in the blade or full-on rips in the boot.

Joe says: "Basically, it comes down to this: if the boot is overly damaged and becomes too soft or too bent, the skate cannot be used again; however, damaged steel, tongues, eyelets, or blade holders can all be replaced or repaired." 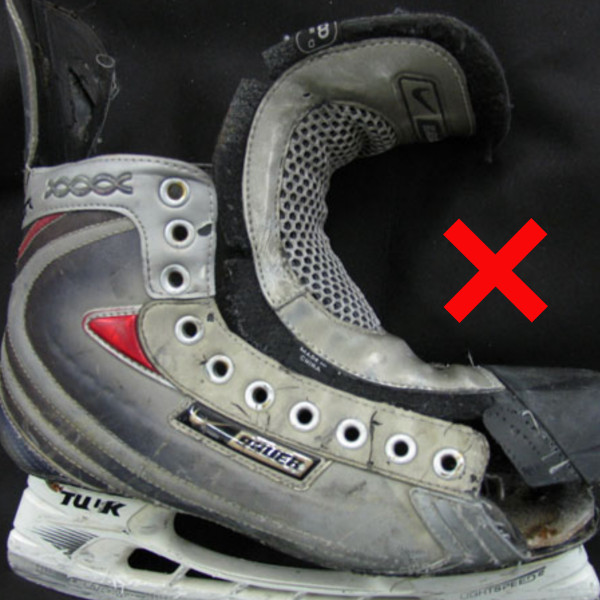 Ripped eyelet, can (and should) be repaired: 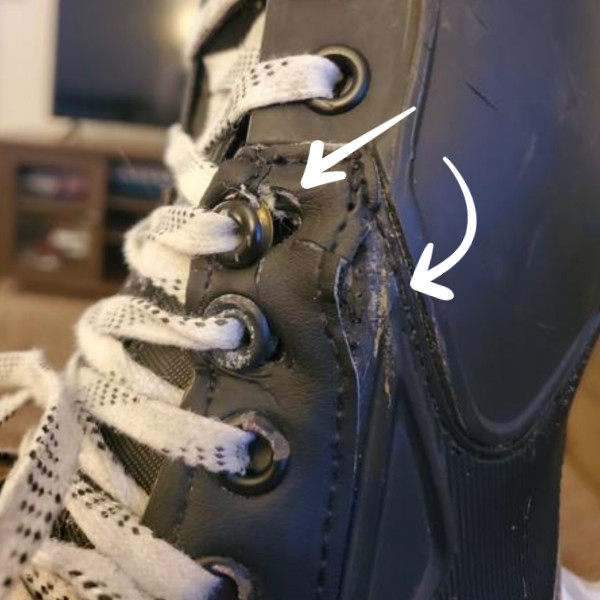